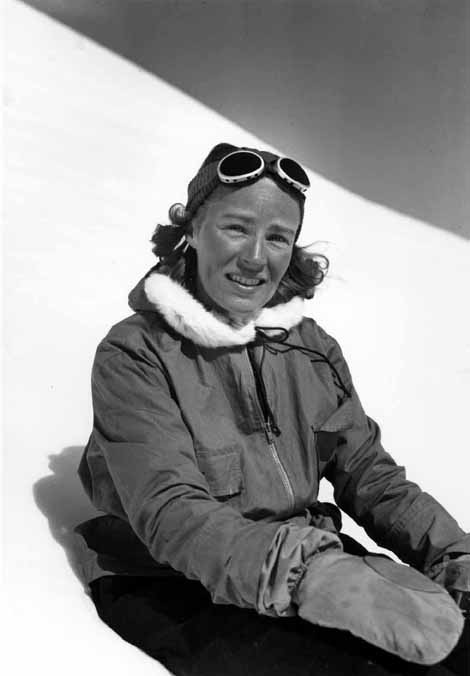 Barbara Washburn near the summit of Mt Hayes, Alaska, 1941. 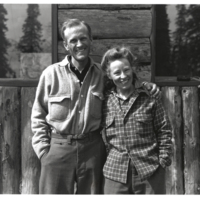 Brad and Barbara at Park Headquarters after climbing McKinley, Alaska, 1947. 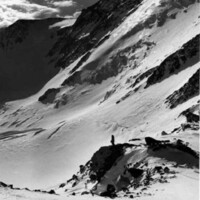 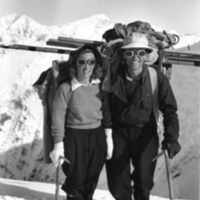 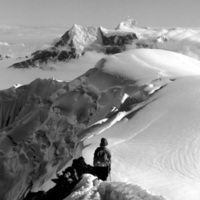 Barbara Washburn at the start of her descent from Mt. Bertha, 1940. In Memoriam written by David Roberts and published in the American Alpine Journal, remembering Barbara Washburn's life and accomplishments as a climber. A photograph of Barbara Washburn's ice axe. The real thing is on display in the American Mountaineering Center in Golden, CO.

"I had no real feeling about being a pioneering woman on a serious Alaskan expedition. I only knew that as the only woman, I had to measure up."
--Barbara Washburn

Barbara Washburn (1914–2014) became the first woman to climb Mount McKinley in 1947, yet remained extremely humble about her achievements throughout her life, referring to herself as an “accidental mountaineer.” The wife of Bradford Washburn, Barbara led a rich life both on and off the mountain, having raised three kids and spending two decades teaching children with dyslexia and other reading disorders. Barbara and Bradford’s scientific and cartographic achievements, including highly detailed maps of the Grand Canyon and Everest, earned them the Alexander Graham Bell Medal from the National Geographic Society in 1980, among other distinctions.