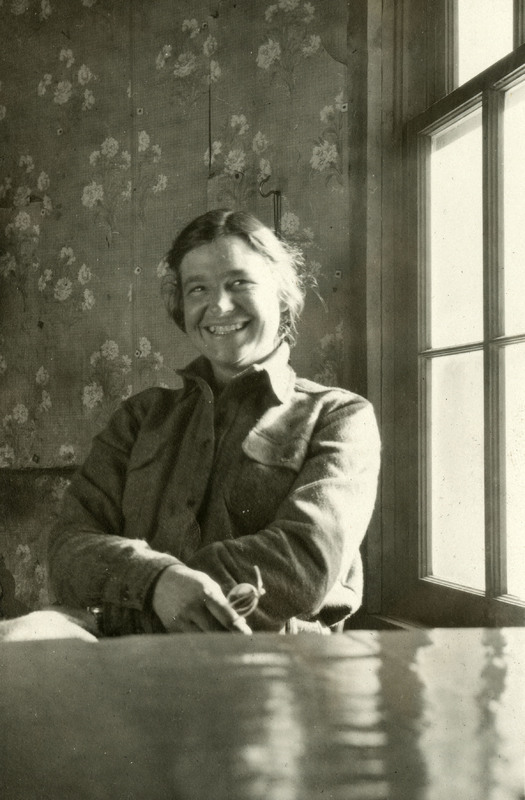 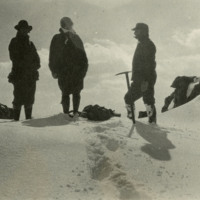 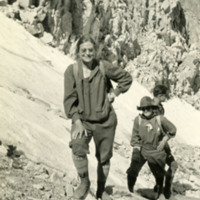 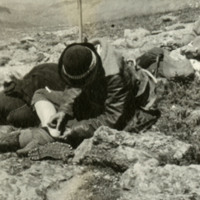 Agnes attending to a blister on a hillside. Early 20th century, photographer unknown. 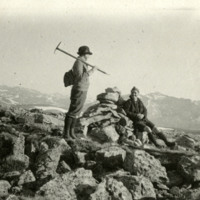 Agnes and friends on a trip to climb Mount Logan and Mount Epaulet in the Mount Evans Wilderness, June 21-22, 1924. 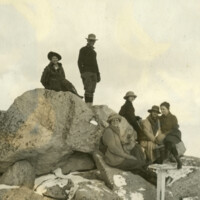 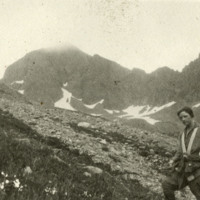 Mary stands at the ready. Looking up Kilpacker Creek on the way up Wilson Peak. August 2, 1923. 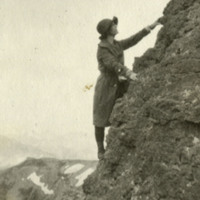 Agnes captured her friend and climbing partner, Mary Cronin, ascending Wetterhorn Peak, one of many 14ers  they summited on their San Juan Trip in the summer of 1923.

Agnes Vaille (1890-1925) was born in Denver and educated at Smith College. She was a member of the Colorado Mountain Club, served as Outing Chairman and was an early member of the "14,000 Footers Club." She was the first known woman to make a winter ascent of James Peak in 1923. In addition to mountaineering, Vaille volunteered with the Red Cross in France during the First World War and was appointed secretary of the Denver Chamber of Commerce in 1924. On January 25, 1925, Vaille and two fellow CMC members made their fourth attempt to climb the east face of Longs Peak. She died on the descent. The Agnes Vaille Shelter was built on Longs Peak and Agnes Vaille Falls near Buena Vista, Colorado, was named for her.

All photographs are from the Agnes Vaille Scrapbooks, courtesy of the Colorado Mountain Club Archives.