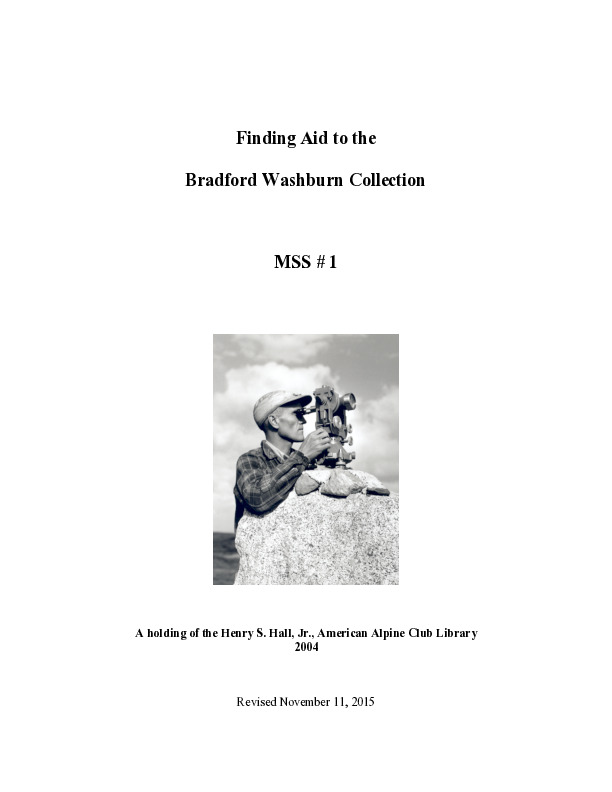 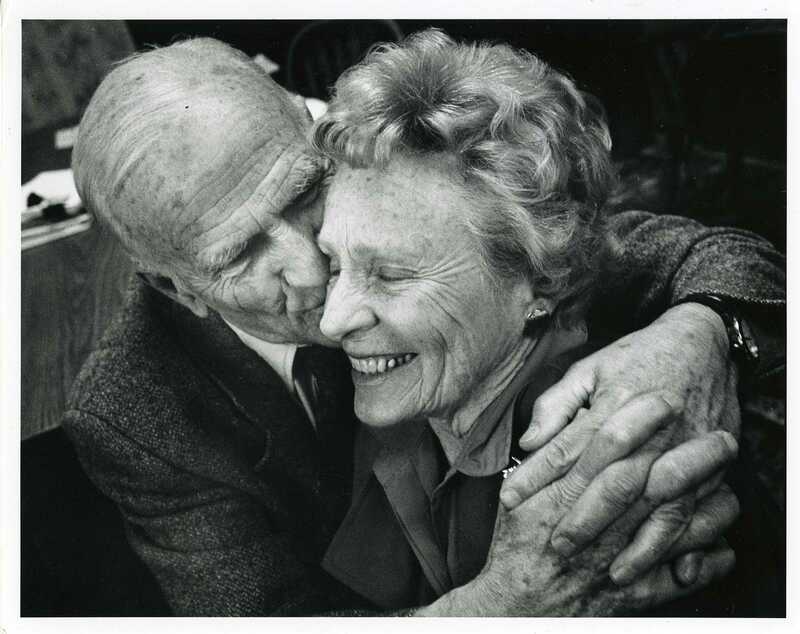 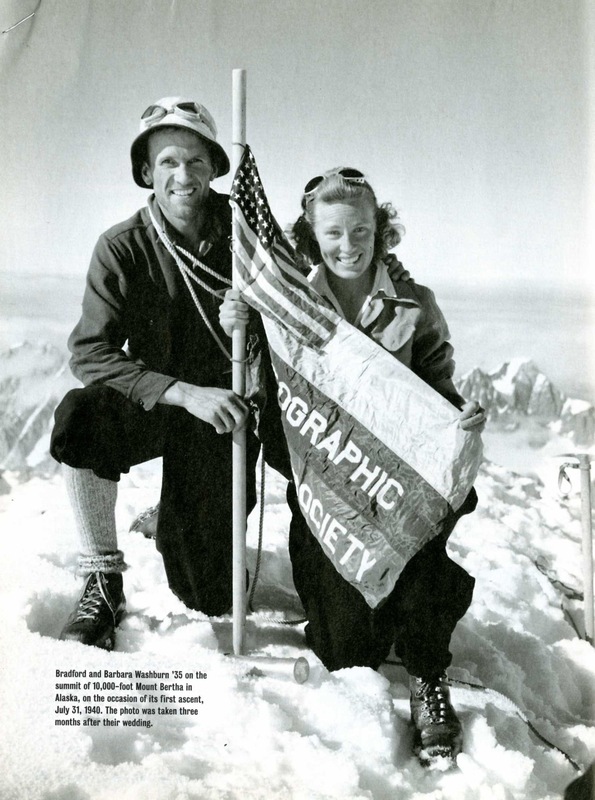 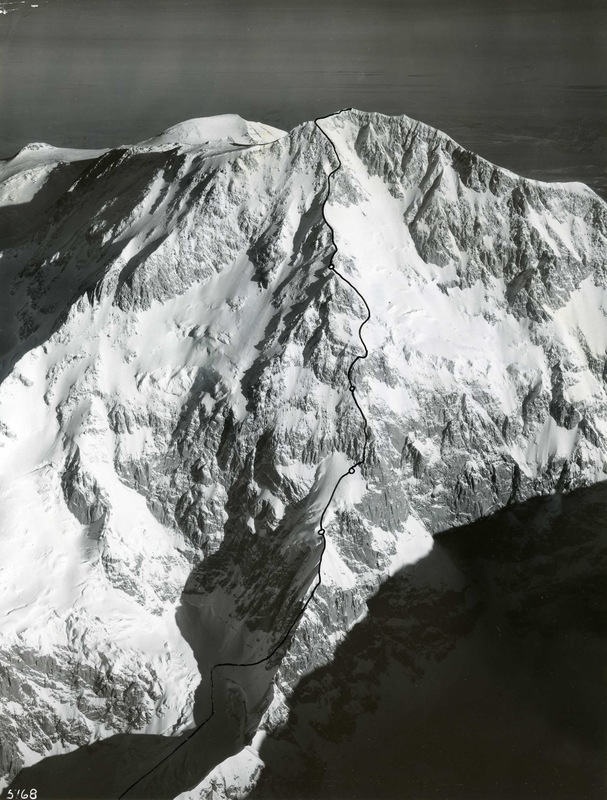 Born Henry Bradford Washburn, Jr. (1910-2007), Bradford Washburn built a career as a distinguished mountaineer, aerial photographer, and professional cartographer. His passion for mountain climbing began as a youth on Mount Washington in New Hampshire. He refined his skills as a mountaineer while climbing in the Alps including ascents of the Matterhorn, Grepon, and Aguille Verte.

Bradford Washburn made his first map at the age of 14 of Squam Lake in New Hampshire and he wrote the series “Among the Alps with Bradford” for young boys at beginning at the age of 16. From those early endeavors he went on to become a professional cartographer and produced some of the most accurate maps on the Yukon and Alaskan Region including Mt. McKinley, the Grand Canyon, and Mount Everest. Washburn also produced to scale, models of Everest and the Presidential Range, which the Everest Models resides here at the Bradford Washburn Mountaineering Museum in Golden, Colorado.

Washburn graduated from Harvard and had been an instrumental contributor to the Harvard Mountaineering Club HMC during school as well as a mentor after he graduated. Washburn helped organize and lead the Harvard-Dartmouth Alaskan Expeditions, 1933-1934, just to highlight some of his mountaineering in his college years. After graduating from Harvard, Washburn accepted the position of Director at the Museum of Natural History in Boston, which he helped develop into what is now Boston’s Museum of Science. Washburn maintained the role as Director for over 40 years and received the title of Honorary Director after retiring from the position. At the beginning of his career, he met and married Barbara Polk, now Barbara Polk Washburn and they had three children, Dorothy, Betsy, and Edward.

Bradford Washburn is known best for his aerial photography and the quality and preciseness of his mountain photography. Washburn is recognized for his pioneering spirit and for his exploration in uncharted mountains and glaciers in Alaska and the surrounding Yukon Region. Washburn accomplished several ascents of Mount McKinley, including his first ascent of the West Buttress, as well as ascents and first ascents of other mountains in the Alaskan and Yukon Region. His wife Barbara is also recognized for her contributions to mountaineering as the first female ascent of Mt. McKinley.

This collection is arranged into series using geographic locations and projects that Washburn initiated and then ordered chronologically within the series or sub-series.

Seven boxes of this collection were partially processed and the biographical and historical notes are based upon the previous finding aid by Amy Legg-Rogers during the spring of 2004. The entire collection was indexed, organized, and described by Katie Worley, Graduate Student Project Archivist, University of Denver Library & Information Science Master’s Program, for the fulfillment of her Capstone. Katie Worley was assisted by Marina Valenzuela, a first year student from the University of Denver MLIS program, in the latter part of the process labeling and re-housing materials. This collection was processed under the supervision of Beth Heller, Director of the Henry S. Hall, Jr. American Alpine Club Library.

The collection is open for research, with the exception of two diaries by Barbara Washburn, which are not available for research until 10 years after her death (September 25, 2014).

The photographs in the collection need further conservation and re-housing into proper sleeves.
Appointments are preferred when conducting research with this collection due to its storage location, but walk-ins are accepted.

It is the researcher’s responsibility to obtain copyright permission. Permission to examine this collection is not an authorization to publish. It the text or image or object in question is under copyright, permission to publish should be sought from the owners of the rights, typically the creator or the heirs to his estate. The Library may be able to help assist in identifying the copyright holders.